The discoveries for which the Nobel Prize in Chemistry and Physiology or Medicine was awarded this year are significant for advances in oncology.

This year’s Nobel Prize in Physiology or Medicine is awarded jointly to Harvey J. Alter, Michael Houghton, and Charles M. Rice for the discovery of Hepatitis C virus, a major global health problem that causes cirrhosis and liver cancer in people around the world. Prior to their work, the discovery of the Hepatitis A and B viruses had been critical steps forward, but the majority of blood-borne hepatitis cases remained unexplained. The discovery of the Hepatitis C virus revealed the cause of the remaining cases of chronic hepatitis and made possible blood tests and new medicines that have saved millions of lives.

Thanks to their discovery, highly sensitive blood tests for the virus are now available and these have essentially eliminated post-transfusion hepatitis in many parts of the world, greatly improving global health. Their discovery also allowed the rapid development of antiviral drugs directed at hepatitis C. For the first time in history, the disease can now be cured, raising hopes of eradicating the Hepatitis C virus from the world population.

The Nobel Prize in Chemistry 2020 is awarded to Emmanuelle Charpentier (Max Planck Unit for the Science of Pathogens, Berlin, Germany) and Jennifer A. Doudna (University of California, Berkeley, USA) for the development of a method for genome editing. This year’s laureates have discovered one of gene technology’s sharpest tools: the CRISPR/Cas9 genetic scissors. In their natural form, the scissors recognise DNA from viruses, but Charpentier and Doudna proved that they could be controlled so that they can cut any DNA molecule at a predetermined site.

This tool has contributed to many important discoveries in basic research, and plant researchers have been able to develop crops that withstand mould, pests, and drought. In medicine, clinical trials of new cancer therapies are underway, and the dream of being able to cure inherited diseases is about to come true. These genetic scissors have taken the life sciences into a new epoch and, in many ways, are bringing the greatest benefit to humankind. 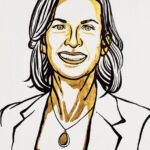 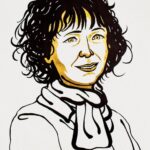 These discoveries demonstrate that science is developing rapidly and research improves lives and health of humankind.