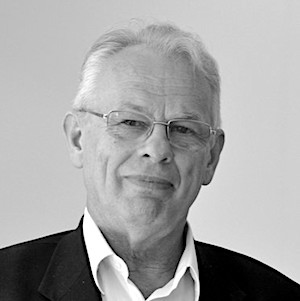 In 1971, he graduated from the 1st Leningrad Medical Institute named after academician I.P. Pavlov, in 1977 he defended his PhD thesis, and in 1983 – his DSci thesis.

In the early 70s, he initiated a laboratory, which scientific research was aimed at the biology of hematopoietic stem cells in patients with hematological diseases. Since the 1980s, his professional activity has been devoted to the development, implementation, and promotion of the widespread use of hematopoietic stem cell transplantation, one of the most high-tech methods for treating hematological, oncological and hereditary diseases in children and adults.

Since 1997, he heads the bone marrow transplantation clinic of the First Saint-Petersburg State Medical University named after academician I.P. Pavlov. Since 2007, he has been the director of the first and largest in the North-West of the Russian Federation Research Institute of Pediatric Oncology, Hematology and Transplantology named after R.M. Gorbacheva, he was also among the initiators of its construction.

Under the leadership of Prof. Afanasyev, more than 2,500 transplantations were performed (including about 1,200 in children and adolescents), of which more than 1,000 were from an unrelated donor.

Since 1990, he has been extensively involved in the creation of the National Register of Unrelated Donors. Since 2003, he heads the Department of Hematology, Transfusiology and Transplantology at the Faculty of Postgraduate Education of the First Saint-Petersburg State Medical University named after academician I.P. Pavlov, which became the first to train specialists in bone marrow transplantation in Russia.

He worked as a member of the Expert Council of the International Center for the Study of Bone Marrow Transplantation (USA).