Kick-off conference of the Foundation for Cancer Research Support – РакФонд

Kick-off conference of the Foundation for Cancer Research Support

Kick-off Conference of the Foundation for Cancer Research (RakFond) was held on the 26th of April in the lecture hall in the TheKey Trekhgornaya Manufactura coworking. In Russia, annually more than half a million people are diagnosed with cancer for the first time in their lives. The achieved success in diagnosis and treatment has led to the fact that more than half of the 3.5 million cancer patients in Russia live with this diagnosis for five years or more. Nonetheless, the results of treatment of a number of malignant tumors are still unsatisfactory. Thanks to further scientific research, it will be possible to learn everything about cancer to defeat it.

Kristina Zakurdaeva, Founder & Chair of the Board of Directors opened the conference, talking about the prerequisites for the foundation of RakFond. By 2030, the number of newly diagnosed cancer cases in the world is projected to exceed 20 million per year, due just to population growth and its aging. The unresolved problems in this area of modern health care require an immediate reaction not only from the scientific and medical communities, but also from the general public, because it is estimated that one in three people in a lifetime encounters cancer, and scientific research is the most powerful weapon of modern anti-cancer struggle, which will one day lead to victory.

Ilya Tsimafeyeu, Executive Director of the Russian Society of Clinical Oncology (RUSSCO), Member of the Board of Directors presented data demonstrating the increase in life expectancy of cancer patients due to ongoing research and implementation of their results in clinical practice. A large analysis of 23 studies (more than 12 thousand patients) for the period of 50 years in the USA revealed 3.34 million added years of life. Each year of life provided a return on investment in the study in the amount of $125. Several studies of kidney cancer in Russia have shown a 2-fold increase in the life expectancy of patients. Unfortunately, Russian scientists are lagging behind in the number of publications and research projects. According to Ilya, the funding of scientific research is the key to the coming victory over cancer.

Professor Evgeny Imyanitov, Member of Scientific Advisory Board of RakFond defined several key state sources of funding for biomedical science. The size of grants for scientists varies from ~700 thousand rubles for early fundamental research to 75 million and above for product development. The competition for funding can reach 10: 1. The main criteria for the applicant’s success, in his opinion, should be the novelty of the idea, the experience of the scientific group and the presence of foreign publications in indexed journals. Particular attention in the preparation of the application must be paid to timely and accurate filling and full compliance with the terms of the competition.

Mikhail Samsonov, Member of the Board of Trustees of RakFond pointed out the growth of charitable activity in Russia and the importance of public participation in support of scientific research, drawing parallels with the French Ligue Contre le Cancer. It will in addition help remove the existing stigma of incurability of cancer and to turn the score in favor of victories over cancer.

Professor Sergey Tyulandin, Chair of RUSSCO and Member of the Scientific Advisory Board of RakFond, emphasized the lack of funding for cancer science in Russia, in particular, clinical studies, that’s why he approved a very quick start of the work of RakFond and the completion of the first competition, which was fully supported by RUSSCO. At the joint competition of RUSSCO and RakFond, there were 22 applications from young oncologists received, 15 of them were sent to the scientific expertise; there were 54 evaluation reports from 14 international experts received. Each of the 15 applications received at least 3 expert opinions. It took 2.5 months from the call for proposals to the announcement of the results.

The winners of the competition are Mariya Stepanova (St. Petersburg Clinical Research and Practical Center of Specialized Types of Medical Care (Oncologic)) with the project of development of a diagnostic platform for monitoring mutations coupled to resistance to targeted therapy of lung cancer – one of the most common malignant tumors, and Alexey Rumyantsev (N. N. Blokhin National Medical Research Centre of Oncology), planning clinical trials to evaluate effectiveness of a new regime for the prevention of side effects, such as nausea and vomiting, by patients receiving chemotherapy.

At the end of the conference, Alexei Marchenkov, Co-founder & Member of the Board of Directors described RakFond’s funding programs, grant process and plans for the development of the Foundation, among them there are: financial support for research in oncology, schools for the preparation of research protocols, applications for funding and articles for publication in highly cited journals, as well as improving the process of collection and expert evaluation of applications. Alexei also noticed that the main principle of the work of RakFond is the maximum transparency of activities and the publication of reports and decisions in the public domain. 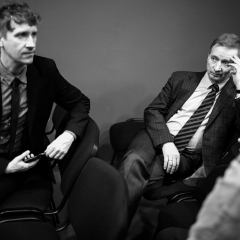 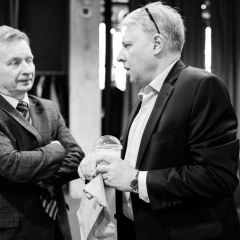 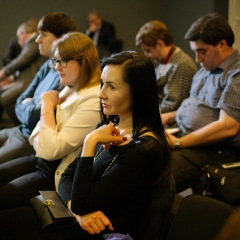 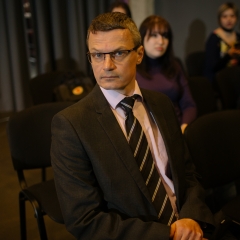 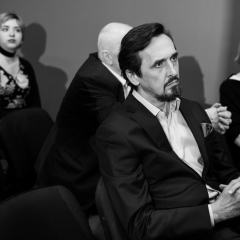 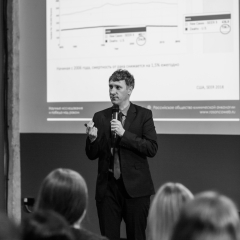 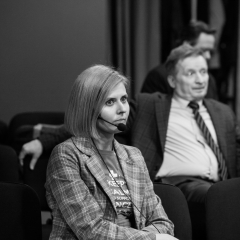 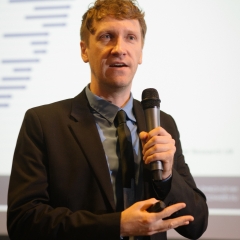 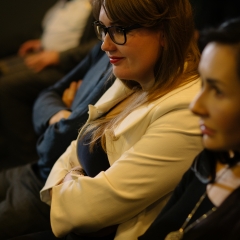 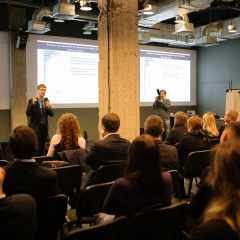 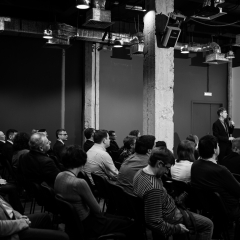 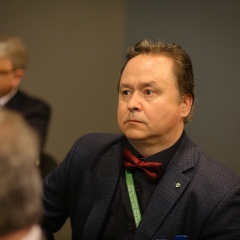 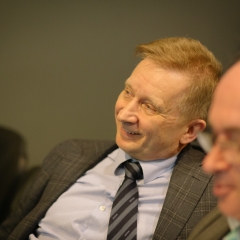 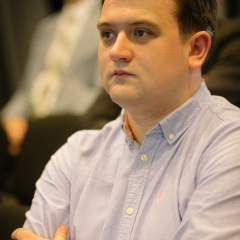 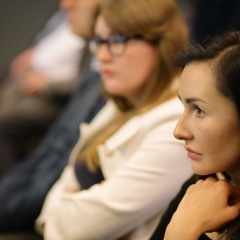 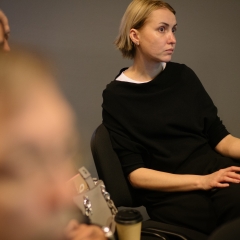 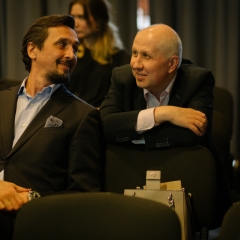 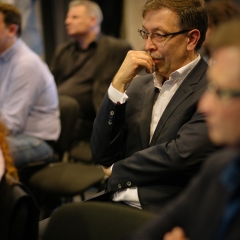 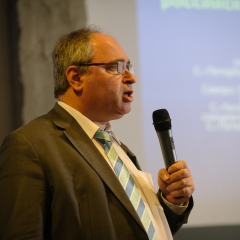 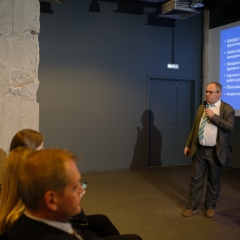 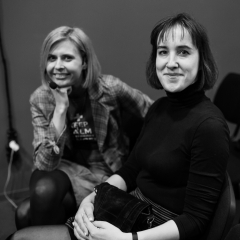 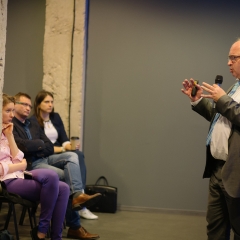 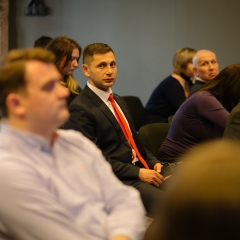 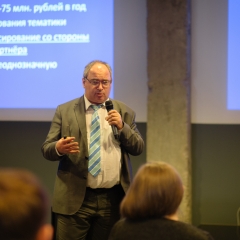 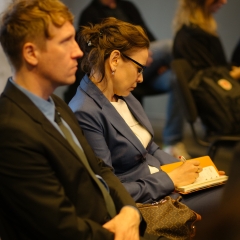 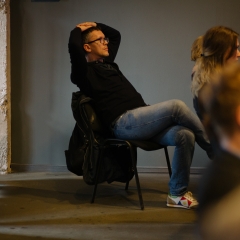 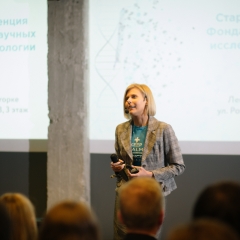 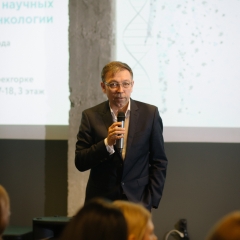