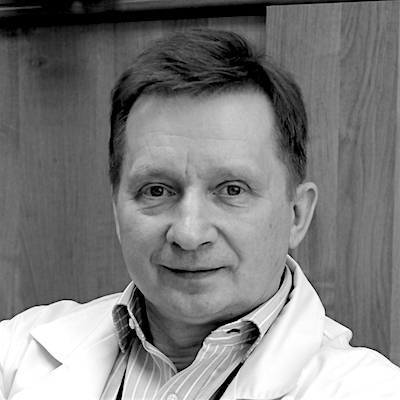 In 1979, Sergei Tjulandin graduated from I.M. Sechenov First Moscow Medical Institute and started working at the Cancer Research Center of the USSR Academy of Medical Sciences. In 1989 and in 1991, he advanced his knowledge in clinical oncology and chemotherapy in leading cancer centers in Australia and USA. Between 1993 and 2004, he worked as Chief Research Officer of the Department of Clinical Pharmacology and Chemotherapy of N.N. Blokhin Cancer Research Center and in 2002 he was elected Deputy Director of the Institute of Clinical Oncology. Since 2004, Sergey Tjulandin has been Head of the Department of Clinical Pharmacology and Chemotherapy

Professor Tjulandin is one of the leading specialists in drug therapy of malignant tumors and a renowned expert in the field of chemotherapy. Under his guidance complex treatment methods for testicular cancer, breast cancer, ovarian cancer, and others have been developed.

Professor Tjulandin has authored 5 monographs and over 160 scientific papers. In 1997, he started the Russian Oncology Portal, where he is still  Chief Editor. Under his guidance, 11 PhD theses in drug and complex therapies of malignant tumors were defended. In 2001, Professor Tjulandin’s contribution to the national oncology was recognized with the State Prize of the Russian Federation in the field of Science and Technology.